Types of Drag on an Airplane

Types of Drag Acting on an Airplane

There are two types of drag acting on an airplane: parasite drag and induced drag.

Parasite drag is a combination of 3 types of drag: form drag, skin friction, and interference drag. The amount of parasite drag increases as surface area, air density, and velocity increase.

Form drag is the result of the relative airflow moving over a shape. If your airplane was shaped like a shoe box it will have more form drag than if it was more streamlined and shaped like a basket ball. Form drag extends past the shape of the fuselage. If you have fixed gear your wheels create a lot of form drag. Airplanes with fixed gear that have wheel fairings create much less form drag.

Skin friction is the act of the relative airflow getting slowed down, or sticking in a way, to the surfaces of the airplane. Consider a basketball that has a rough skin and a bowling ball that is super smooth.

Interference drag occurs in places where objects join together. For example where the wing joins the fuselage or where the elevator joins the tail. These joining areas create an area that interferes with flow of air around/past them. 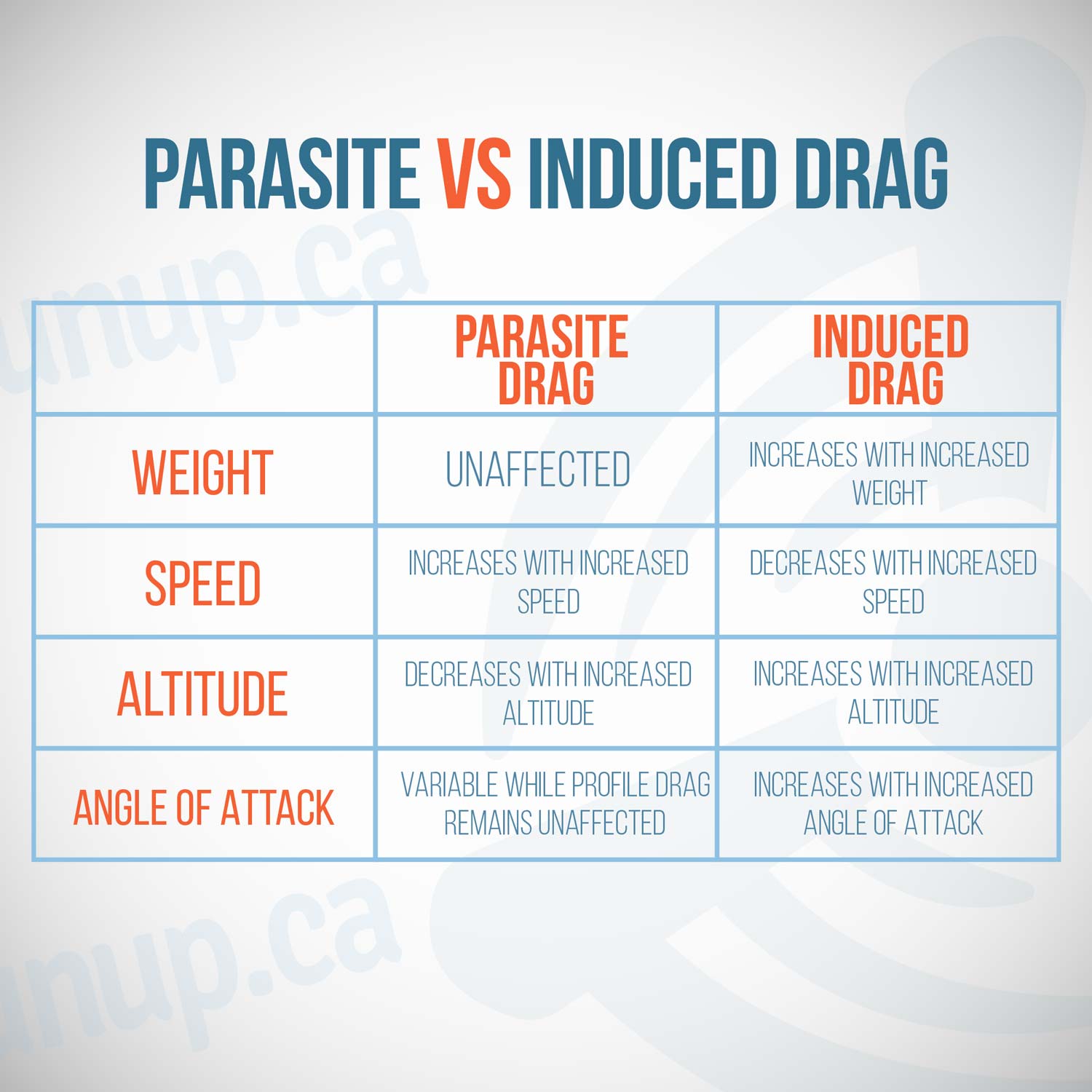