The Effect of the Centre of Gravity Location on Cruise Performance

How does the location of your airplane’s center of gravity effect your cruise performance? 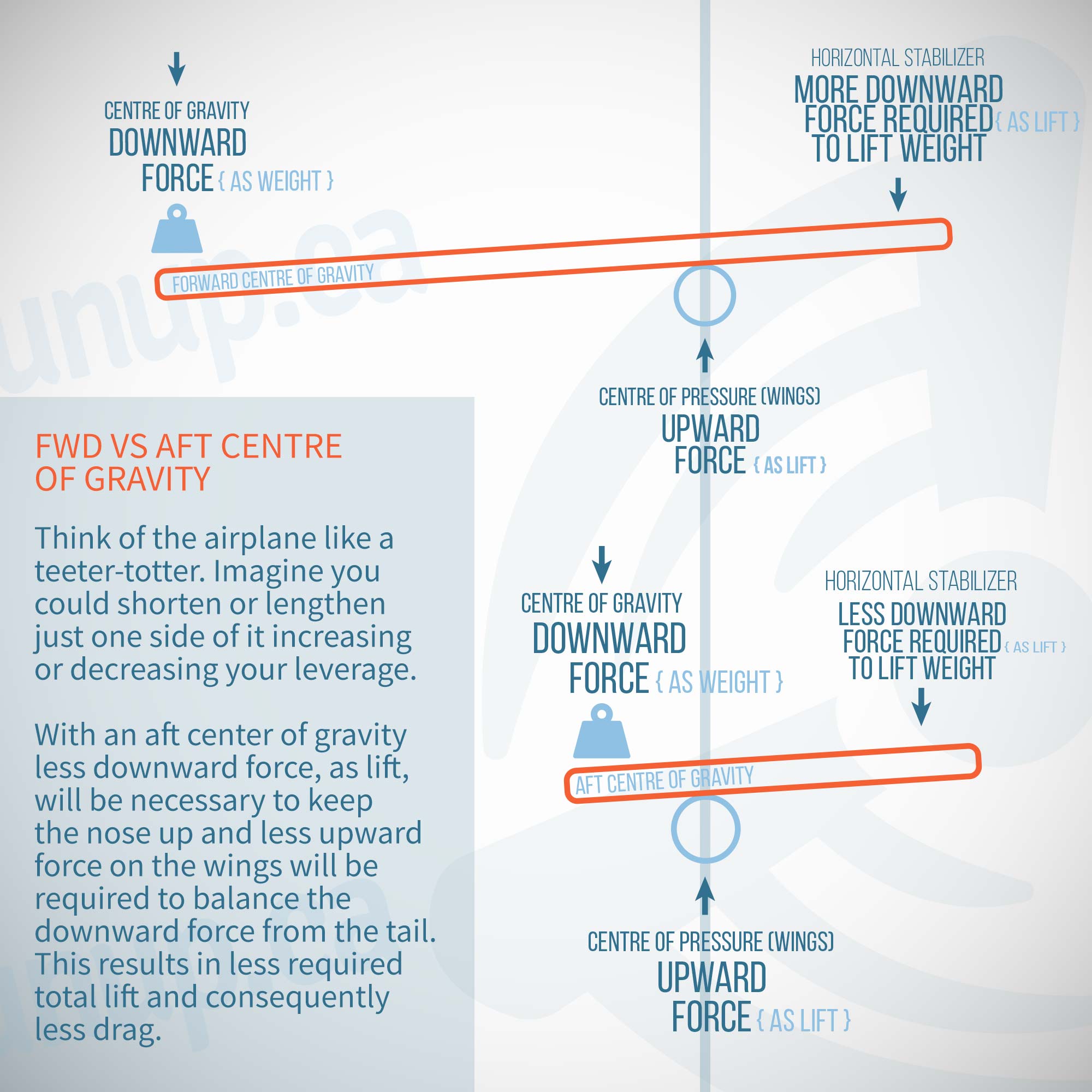 The Position of Centre of Gravity

In an airplane we have the ability to shorten one side of the teeter-totter by moving the centre of gravity. We can do this by moving the load around in the cabin of the airplane. However, we always need to make sure we are withing the C of G envelope.

The Resulting Effect of the Location of your Centre of Gravity

If our C of G is placed more toward the aft limit of the airplane we will require less downward force on the tail wing to keep the nose up. This downward force is lift. More lift equals more induced drag. So less lift equals less induced drag. Furthermore, the amount of lift needed at the centre of pressure (the wings) to keep the plane ‘balanced’ will be less. Consequently, if we have a more aft centre of gravity we have less (induced) drag because the amount of upward and downward lift acting on the airplane is less than that of an airplane with a forward center of gravity. Since we require less lift we have less drag and thus better cruise performance.